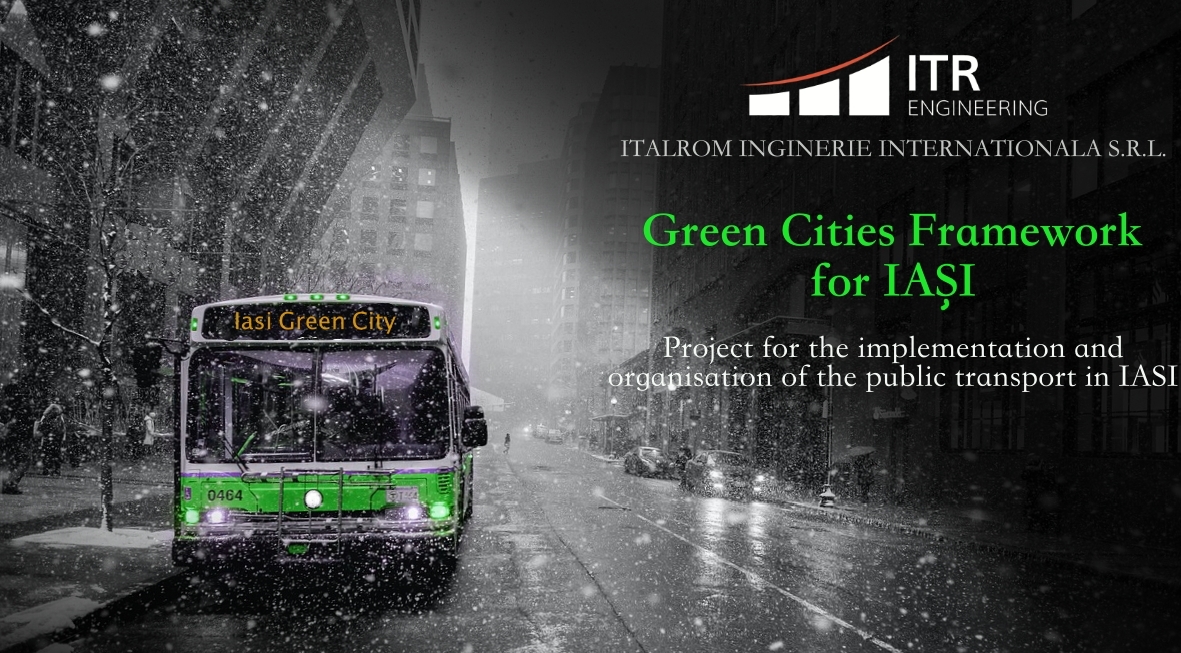 ITR Engineering group continues its good collaboration with the European Bank EBRD through the signing of an interesting contract that takes a look to the future development of the Iasi city in Romania under the Green Cities Framework! The contract was signed with the EBRD by Italrom Inginerie Internationala S.r.l. and It’s in favor of the beautiful North-Eastern city of Romania for the feasibility study concerning the future organization of part of the city's public transport.

In the next months, Italrom will develop the analysis of the options identified by the local transport company for the redistribution of deposits and garages through a specialized study that balances the estimated costs of the investments against the changes of the traffic plan and the environmental repercussions that such interventions would entail. The project must be completed in the short term and must allow the Municipality of Iasi to proceed with the selection of the best options to give way to the future investment in public transport. Traffic, economics and environmental experts will be involved in this work. An important goal of the project will be the search for the best solution that will give great importance to the environmental improvements that will be achieved.